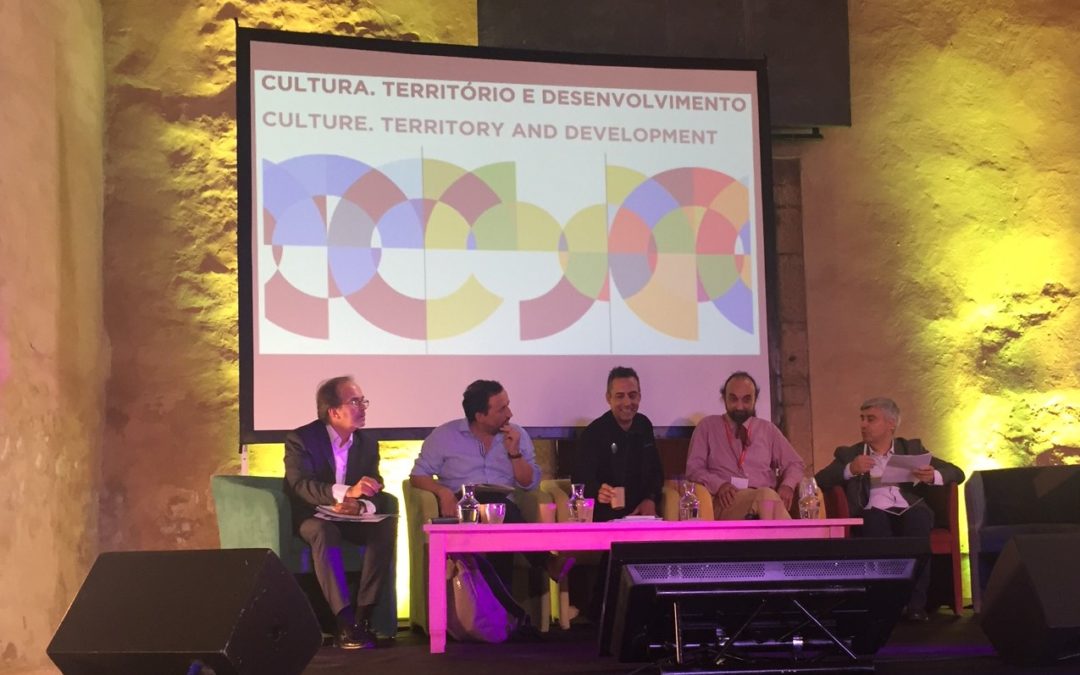 A huge thank you to the Regional Director for Culture of the Centre – Suzana Menezes, Conference Curators Cristina Farinha and Rui Monteiro and Mauela Fonseca at DG Arts and Culture for an invitation to participate as Keynote and Panelist inclusion in Culture, Territory and Development Conference – Portugal for European Capital of Culture 2027, held in the beautiful historic village of Idanha-a-Velha in central Portugal.  KTCL’s input was on the topic of “Cultural policies at the regional scale“, focusing on the Waterford for the Three Sisters Bid for European Capital of Culture 2020 – a regional bid presented by the joint counties of Kilkenny, Waterford and Wexford in south east Ireland.

Culture is in our DNA. It’s how we live our lives, part of who we are, our rituals, traditions, our sense of belonging, of place – the ideal tool for transformation of cities and regions – offering an opportunity to look into ourselves, to explore the nuances and distinctiveness of culture in specific regions, our access to participation in and engagement with culture in our everyday lives and  how can explore opportunities for cultural development which can enhance our future way of life and wellbeing.

So we remove ourselves to the far reaches of central Portugal, to the ancient fortress town of Idanha-a-Vela one of 12 historic villages in the region. A place apart, equidistant to Lisbon and Madrid and with a heritage which looks both east to the sea and west to its Spanish neighbours. Distinctly Portuguese, the village is no home to no more than 60 inhabitants yet with the  infrastructure of a place and space which played a central role in the region in times past. The now decommissioned Cathedral in the village providing the backdrop for this international conference which drew speakers from as far afield as Kounos, Lithuania to Dublin, Ireland and places and spaces in between.

The conference set the context for the conversation the forthcoming competitor for the ECOC title for Portugal 2027 presenting a broad discussion on the role of culture in the development of territories and as background the upcoming competition that will take place in Portugal to select the European Capital of Culture for 2027.  It considered themes of cultural policies, audience development and participatory engagement, the European dimension and internationalization of territories and sought answers through shared discussion and learning on how we can all participate as true EU citizens, using culture as a tool for such engagement.  How we can use the ECOC to celebrate and develop our cultural agenda for all citizens.

The central region of Portugal alone, even at this early stage in the ECOC process, has four territories competing for the ECOC title. Let’s see how learning from the discussions held in Idanha-a-Velha plays out in development of the bids as we move towards the first stage of the bidding process.  It’s all to play for in the Central region of Portugal and I’ll be watching with interest from the sidelines.

Creative Industries on the Edge →